The weekend after Memorial Day may not be quite as hyped as its more famous predecessor in the motorsports community, but it’s at least as action-packed with top names and events. No matter where you looked across North America, from the Midwest to Mexico, chances are there was something big going on. Here’s a look back at some of the big weekend winners from SCORE, IndyCar, NHRA, and more:

It’s been a great 2019 so far for the McMillin family, as Luke won the inaugural Trophy Truck race at King of the Hammers and Andy opened the SCORE World Desert Championship with a win in the San Felipe 250. But on Saturday, Andy also scored his third career Baja 500 victory by starting first and holding the physical lead throughout the entire race. It was a 1-2 for the McMillin family, as Luke finished second.

2019 has been a big year for Scanlon, who first made headlines with his ballsy attempt at running the Mint 400 twice in the same day in both UTV Turbo and Class 6100, but a win at Baja certainly has to top those efforts. With three teams all crossing the finish line within just a few minutes of one another, Scanlon was declared the winner on Sunday afternoon after all penalties were taken into account.

A rare mistake on Saturday wasn’t enough to keep Dixon down in the second leg of the Chevrolet Detroit Grand Prix on Sunday. The five-time IndyCar champion quickly put his crash DNF behind him to score the win, making him the only winner of last year’s event to repeat in 2019. It was, surprisingly, the first win of the season for the Chip Ganassi Racing driver, but his fifth podium in eight races so far.

On a weekend of first-time 2019 winners, Torrence and the Capco boys kept steamrolling the Top Fuel field at Route 66 Raceway. The defending NHRA Mello Yello Drag Racing Series champion, who wrapped up last year’s title with a perfect six for six run in the Countdown to the Championship, ended the streak of six races in a row with different winners to start 2019, and now has four Wallys in a row.

It’s going to be a battle for the 450 title in 2019, as Roczen’s return to form has defending champion Eli Tomac on the back foot coming out of Thunder Valley. Roczen’s 1-2 on Saturday gave the Honda rider his second overall victory of the season, and going into the off week allowed him to reclaim the championship lead over his Kawasaki rival by a slim two-point margin. 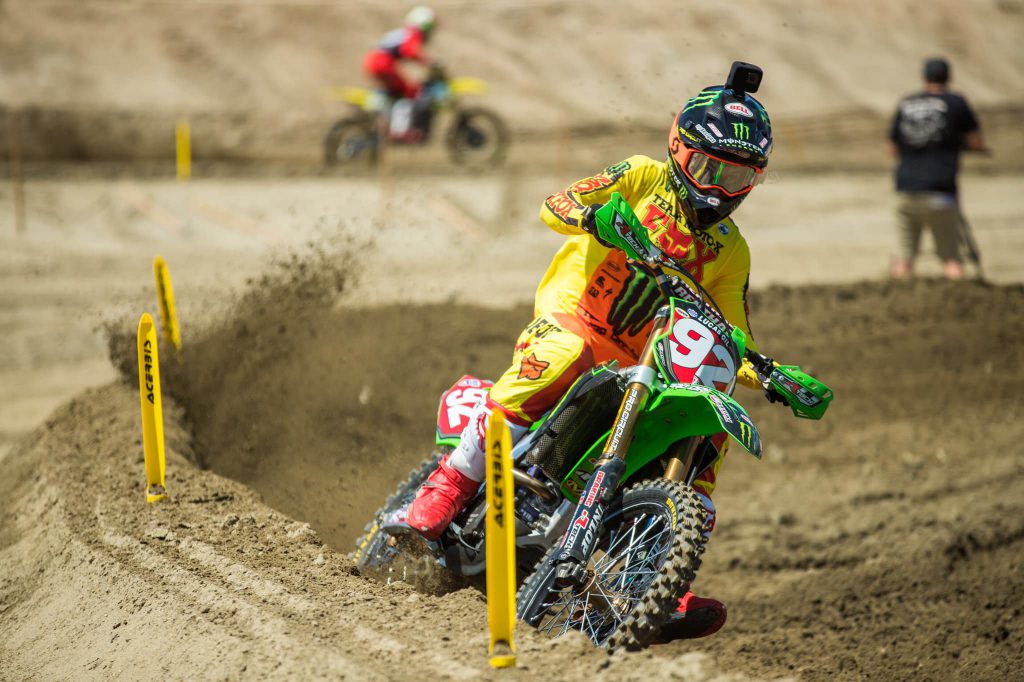 The only person who’s thinking about Cianciarulo’s Supercross title loss in Las Vegas last month is the person writing these recaps, but it’s been highly impressive to see how quickly he’s put it behind him. The Monster Energy Pro Circuit Kawasaki rider remains a perfect three for three on overall victories in 250 outdoor action this year, posting a 2-1 to win at Thunder Valley.

It seems safe to say that nobody will ever catch Higgins as the winningest driver in DirtFish Oregon Trail Rally history. He’s now 10 for the past 11 in the event, scoring this year’s victory by 59.4 seconds over Subaru Motorsports USA teammate Travis Pastrana. Pastrana’s 2017 triumph is the only blemish on Higgins’ record since 2011, and he also took wins here in 2002 and 2003.