While the weather pushed two of this weekend’s biggest races—NASCAR at Talladega Superspeedway and NHRA at zMAX Dragway—into Monday, the second weekend of October proved to be one of the most intense weekends of worldwide motorsport of the fall so far. From high horsepower in the southeastern part of America to Formula 1 and the Bathurst 1000 in the Pacific, here’s a look at what made the past weekend exciting, and the drivers who stood out:

Finally, what we all expected from the get-go of the NHRA Countdown is happening: Torrence is atop the Countdown standings. After a slow start at Maple Grove, Torrence bounced back with two consecutive final round appearances, the latter coming today in Charlotte at zMAX Dragway and returning him to the winner’s circle. The native Texan heads to his home track at Texas Motorplex this weekend. 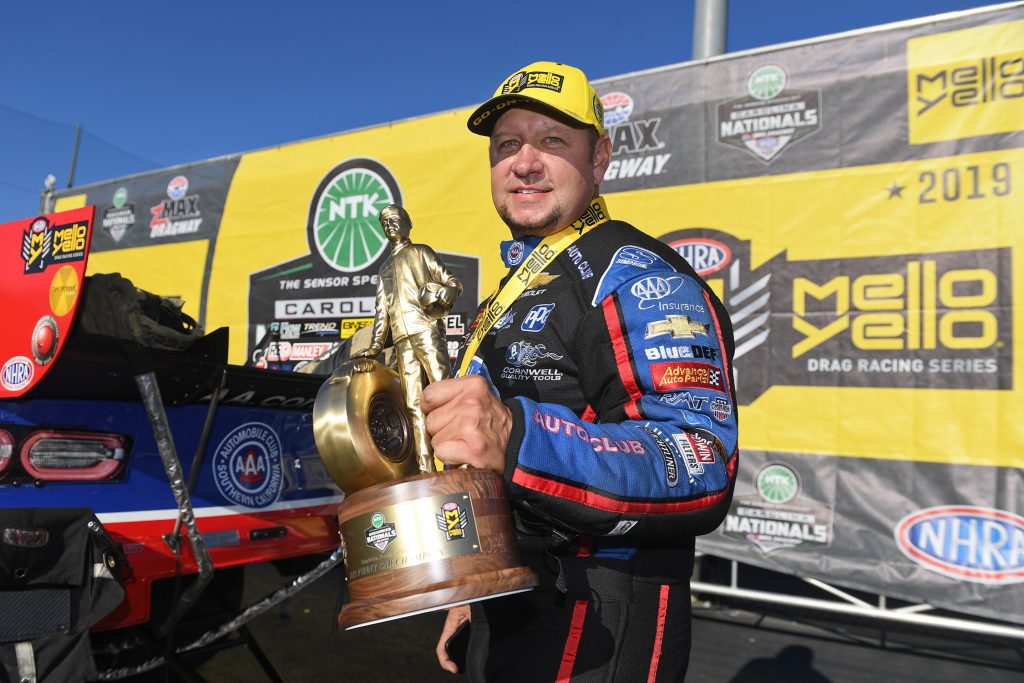 As with Torrence in Top Fuel, Hight’s victory in Funny Car returned the presumptive championship favorite to first place on Monday in Charlotte. The John Force Racing driver has been on top of the standings for most of the season, but this week’s victory, while his sixth of the season, also made Hight the fifth different winner in the last five races. Like Torrence, he’ll enter Texas as the defending winner.

A stellar season for Guthrie Jr. ended with a UTV Turbo championship at this year’s Laughlin Desert Classic, the season finale for BITD in 2019. Guthrie had to pass three drivers—Phil Blurton, Dustin Jones, and Jason Murray—in the standings to earn the title, and did so by closing the year with a victory. On top of all of that, he also walked out of the weekend as the newest Red Bull athlete.

After a strong start to the season, Bottas essentially faded out of F1 title contention by mid-season as Mercedes teammate Lewis Hamilton snapped up win after win. But the Finn finally had his moment again at Suzuka, winning for the third time in 2019 at the Japanese Grand Prix. With four races remaining, Bottas appears set to score a career-best second place finish in this year’s standings.

The story over here in the States was Alexander Rossi and James Hinchcliffe heading Down Under to run Supercars’ most prestigious event, but the duo of McLaughlin and Premat were the winners of the grueling event. They didn’t just end a 25-year drought for the legendary Dick Johnson Racing on the Bathurst podium, though—they also gave co-owner Roger Penske his first Bathurst victory.