American Formula 1 fans will get to experience the ultimate moment in the sport on Sunday, as the series is all but certain to crown its 2019 champion at the United States Grand Prix. Another victory at Circuit of the Americas would guarantee Lewis Hamilton his sixth World Driver’s Championship, and going by the history of the track, if not the season so far, that doesn’t seem like much of a stretch.

Hamilton scored his 10th victory of the year for Mercedes in last Sunday’s Mexican Grand Prix, and leads teammate Valtteri Bottas by 74 points in the standings—leaving him just four shy of locking up the title coming into Austin. With a maximum of 78 points remaining (25 per win and one per fastest lap) in the final three rounds, Hamilton’s magic number coming out of America is 52. Scoring just four points with an eighth place finish would achieve that, and Hamilton has never finished worse than fourth at COTA, winning here five of seven times.

Hamilton doesn’t enter this weekend as the defending race winner, though. Kimi Raikkonen does, and while he’s since been shifted from Ferrari to Alfa Romeo, and has missed points in the last six races, his replacement Charles Leclerc is a candidate to challenge Hamilton and Bottas for victory. After multiple heartbreaks earlier in the season, the Monegasque driver went back-to-back in Belgium and Italy for his first two wins, and has earned five of the last six pole positions.

Leclerc (236), teammate Sebastian Vettel (230), and Red Bull’s Max Verstappen (220) are making the fight for third particularly interesting, though no other driver in the series has cracked triple digits. The next fight is for sixth, with Toro Rosso’s Pierre Gasly (77) not only trying to hold off his Red Bull replacement Alex Albon (74), but also McLaren’s Carlos Sainz (76). The spread between ninth place Sergio Perez of Racing Point and 14th place Raikkonen is also just 12 points.

American fans will undoubtedly be rooting for Haas F1 to score a solid finish with drivers Romain Grosjean and Kevin Magnussen. Unfortunately, the home team has never had much luck here; Grosjean failed to finish last year, while Magnussen was disqualified from ninth place. Grosjean’s 10th place in the team’s first United States Grand Prix in 2016 remains their only points finish, but they’ll hope to change that luck with a boost from Stewart-Haas Racing co-owner Tony Stewart, who will be on hand to drive a Monster Energy NASCAR Cup Series car for the first time since his retirement (and the first time a Cup car has hit COTA in its history) in demonstration laps. Grosjean and Magnussen will also sample the car.

The United States Grand Prix will air on Sunday at 1:30PM ET on ABC. Following Austin, Formula 1 will return to action in Brazil on November 17, before ending the season on December 1 in Abu Dhabi. 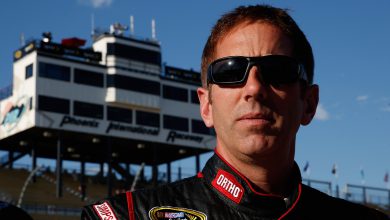