Three days of racing and 24 stages are all that separate us from the newest FIA World Rally Championship winners at this weekend’s Kennards Hire Rally Australia, and all possible outcomes are in doubt. Both Sebastien Ogier and Thierry Neuville have direct paths to the championship thanks to their three-point spread in the driver’s standings, and Toyota Gazoo Racing WRT, led by third place Ott Tanak, currently holds the manufacturer’s points advantage over Neuville and Hyundai Shell Mobis WRT.

Neuville won in Australia last year over Tanak, while Ogier’s fourth place finish and Power Stage win were good enough to preserve what was then a much larger points advantage, but it’ll be harder to earn the title this year without at least standing on the podium. With all that in mind, here’s what we’ll be watching for this weekend:

Will Sebastien Ogier end his two-year stint at M-Sport on a high note?

The five-time defending WRC champion bids farewell to Ford after two seasons on Sunday, as he prepares to return to the team his WRC career started with at Citroen. With only three points in hand over Thierry Neuville, it’s a winner-take-all kind of weekend, and Ogier is guaranteed the title if he comes out on top here for the fourth time (he won three in a row from 2013-15). Expect a spirited effort from M-Sport, whose 2019 driver lineup remains somewhat in doubt with only Teemu Suninen currently signed. 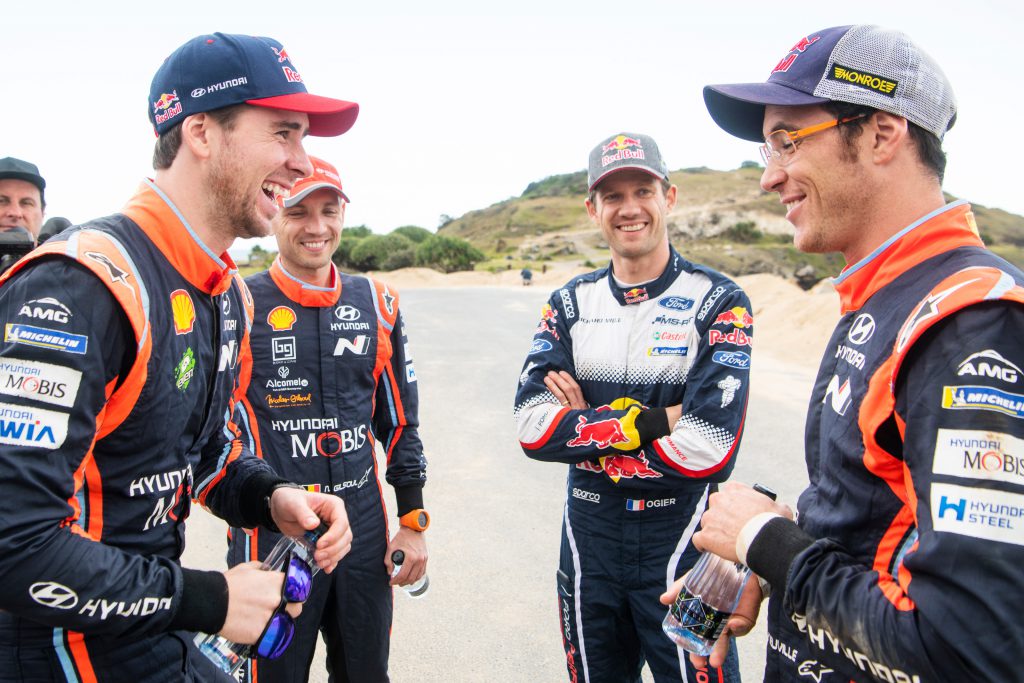 Does Thierry Neuville have what it takes to wrestle this title away from Ogier?

While Neuville’s efforts this year have been remarkably more consistent than 2017, another late-season slide has knocked him back to second in points. He’s only missed the top 10 in a single race with no DNFs, but only one podium in the past five races opened the door enough for Ogier to take the lead. Still, there’s one way Neuville can guarantee himself the title no matter what Ogier does: an overall win with at least two points scored on the Power Stage, for 228 (or more) points to Ogier’s maximum of 227.

Is Ott Tanak the 2019 championship favorite?

After leading Toyota to a 12-point advantage in the manufacturer’s race coming into Australia, Tanak took his solid M-Sport form from last season and went above and beyond this year. Four victories, including three in a row, propelled him to second in points after Rally Turkey. Missing the points in Wales took him out of this race, and doing the same in Mexico and Portugal didn’t help either, but Tanak’s six podiums are tied for the best in WRC, and Toyota leads the series with five dual-podium finishes.