Based in Marmaris in the southwestern part of the country, the 2018 edition of Rally Turkey marks the event’s return to the FIA World Rally Championship and its 11th edition overall. The 10th of 13 rounds on this year’s calendar, the event replaced Rally Poland in this year’s championship and will be a completely new endeavor for each of the major championship players entered in the race.

17 stages comprise four days of action, beginning later today with a two-kilometer super special stage and charging into the longest route of the weekend on Friday. Here’s a look at the three stories to follow over the course of the event:

How will drivers adapt to their first pass at this event?

The only complete unknown on the WRC calendar this year, owing to Turkey’s absence from the sport for the past seven seasons, the next four days will be an exercise in unpredictability. Considering how the season has gone so far, where the top three crews have split the first nine race wins evenly, it’ll probably be one of those same pairings that stands atop the podium this weekend. But as with any other motorsport, a totally new course can sometimes reward a mid-pack team with a victory.

Is this championship race truly a three-way conflict?

Hyundai Shell Mobis WRT’s Thierry Neuville and Nicolas Gilsoul currently lead five-time defending champions Sebastien Ogier and Julien Ingrassia of M-Sport Ford WRT by 23 points, but with wins in each of the past two WRC rounds, Toyota Gazoo Racing WRT’s Ott Tänak and Martin Järveoja have pulled to within shouting distance at only 13 back of Ogier/Ingrassia. With three wins under each of their belts, non-points finishes have thus far made the difference—will anyone crack under pressure?

Could the WRC-2 battle be even more compelling than the top class?

Skoda Motorsport has owned the second WRC category for a number of years now, taking the last two titles and over two dozen wins since its establishment. Defending champion Pontus Tidemand and teammate Jan Kopecky are engaged in a battle for this year’s title, each running roughly half the season, but this will be the first event of the year where they compete head-to-head. Kopecky’s 100-93 points advantage will be (at least) doubled if he can take the victory, but erased if Tidemand wins. 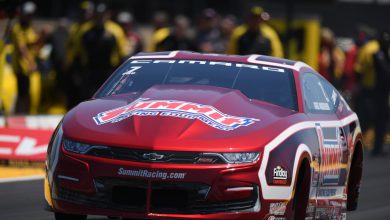