Portuguese rider Paulo Gonçalves suffered an accident 276 kilometers into Sunday’s seventh stage of the 2020 Dakar Rally, the first leg of the event to take place after Saturday’s rest day in Riyadh. Despite the best efforts of the event’s medical team, as well as assistance from fellow riders Kevin Benavides and Toby Price, Gonçalves passed away shortly after the accident after being flown to Layla Hospital. As a result, tomorrow’s loop stage around Wadi Al Dawasir will be cancelled for motorcycles and quads.

Gonçalves, 40, left Monster Energy Honda for Hero Motorsports for this year, and was competing in his 13th edition of the event. The 2013 cross-country rally world champion, his best overall Dakar finish was second in 2015, taking his second of three career stage victories in the process. His hopes of a strong overall finish were wiped away in Stage 3 after a more than six-hour delay for a necessary engine change, but Gonçalves had finished 13th or better in the other five stages, with a best result of fourth on Stage 4.

Benavides won the stage for motorcycle riders, while Ricky Brabec’s fifth place finish on the day allowed him to further extend his overall lead on Pablo Quintanilla. After a long battle, Brabec was finally joined once again as an American leader of the rally by Casey Currie in the SSV class, as the South Racing driver finished second in the stage to assert a 32-minute lead over defending winner Chaleco Lopez, who finished today 53 minutes off the pace.

Blade Hildebrand, running under Dakar Experience rules, scored his first stage win of the event to give the Red Bull Off-Road Junior Team victories with each of its three cars, while AJ Jones finished fifth to climb to sixth overall as Mitch Guthrie Jr. suffered through mechanical issues. Cars leader Carlos Sainz scored his third stage win of the year to pad his lead to an even 10 minutes over defending champion Nasser Al-Attiyah, while Simon Vitse grabbed his second straight quad stage win to remain second overall to Ignacio Casale. The trucks may have seen the most dramatic result of the day, as overall leader Andrey Karginov beat Kamaz teammate Dmitry Sotnikov by just three seconds for his third stage victory of the year. 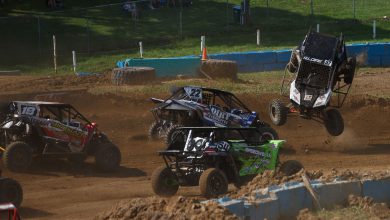 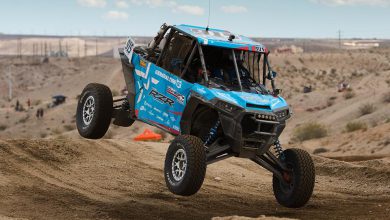 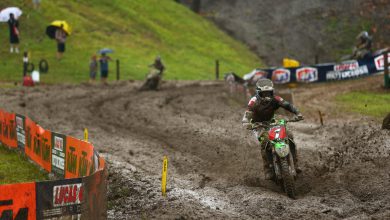 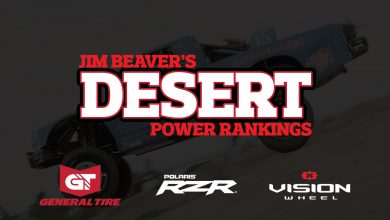