RJ Anderson, CJ Greaves, Jerett Brooks, and Christopher Polvoorde were among the big winners from what may go down as the biggest weekend in short course off-road racing history at Crandon International Raceway. The 50th Annual Polaris RZR World Championship Off-Road Races saw an astounding 39 combined Pro 4 and Pro 2 trucks start the weekend, and nearly $200,000 in prize money paid out over the course of Sunday’s races alone.

The event started with Saturday’s Lucas Oil Midwest Short Course League season finales, where the end-of-season champions proved to dominate the races as well. Greaves (Pro 4 and Pro Stock SXS), Keegan Kincaid (Pro 2), Polvoorde (Pro Lite), and Kyle Chaney (Pro Mod SXS) all capped off their title-winning seasons with victories in the Saturday events. The Midwest Off Road Racing season also drew to a close with sportsman action throughout the day, while Ultra4 completed the night on a course that added rock crawling to Crandon’s traditional short course; Casey Currie took the victory there. 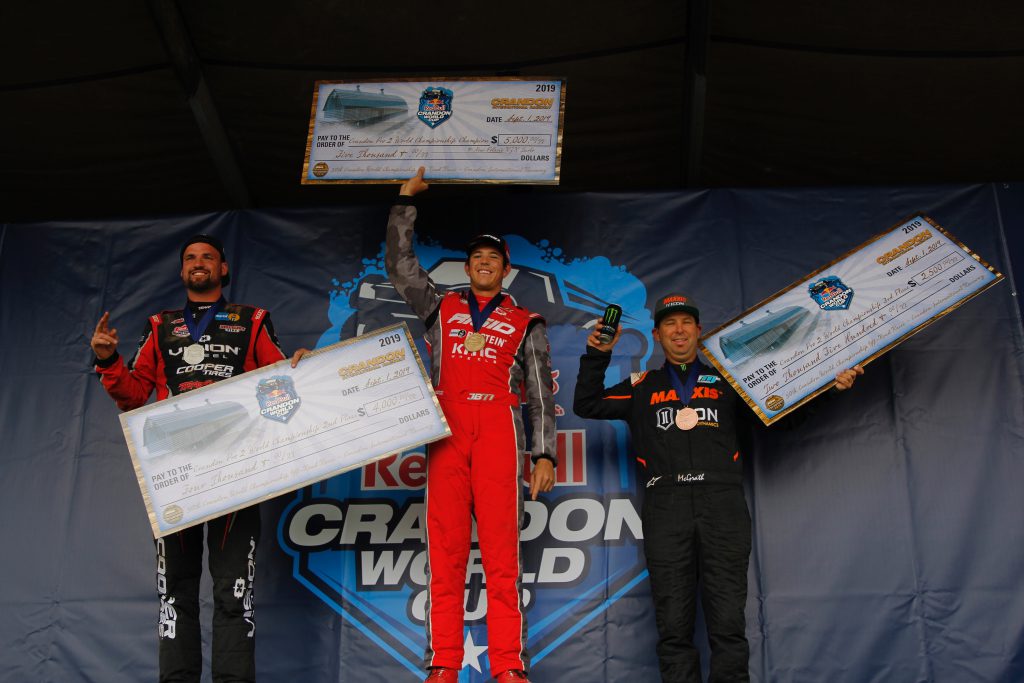 Sunday’s non-denominational World Championship action, though, saw a diverse list of winners that represented the best of the best in short course racing across America. Lucas Oil Off Road Racing Series regular Brooks spoiled the return of Jeremy McGrath by winning the first race of the day in Pro 2, while Kincaid nipped McGrath for second on the final lap. In Pro 4, Greaves returned to the top step of the podium after a crash off the start ended Bryce Menzies’ defense of last year’s win early; LOORRS regulars Anderson and Doug Mittag completed the podium, while Kyle LeDuc suffered a spectacular last-lap crash with Andrew Carlson that ended just short of the finish line.

Tim Farr returned to action to spoil Chaney’s quest for a Pro Mod SXS weekend sweep, while defending LOORRS Turbo UTV champion Corry Weller completed the podium. In Pro Stock SXS, it was another LOORRS driver on top, as Myles Cheek broke Greaves’ perfect streak on the season to win the World Championship race; Cheek, Jeremy Houle, and Greaves ran in the three podium spots all race long. A crowded and eventful Pro Lite race ended with Polvoorde finishing a perfect eight for eight in the midwest, with Cole Mamer and Jimmy Weitzel completing the podium. 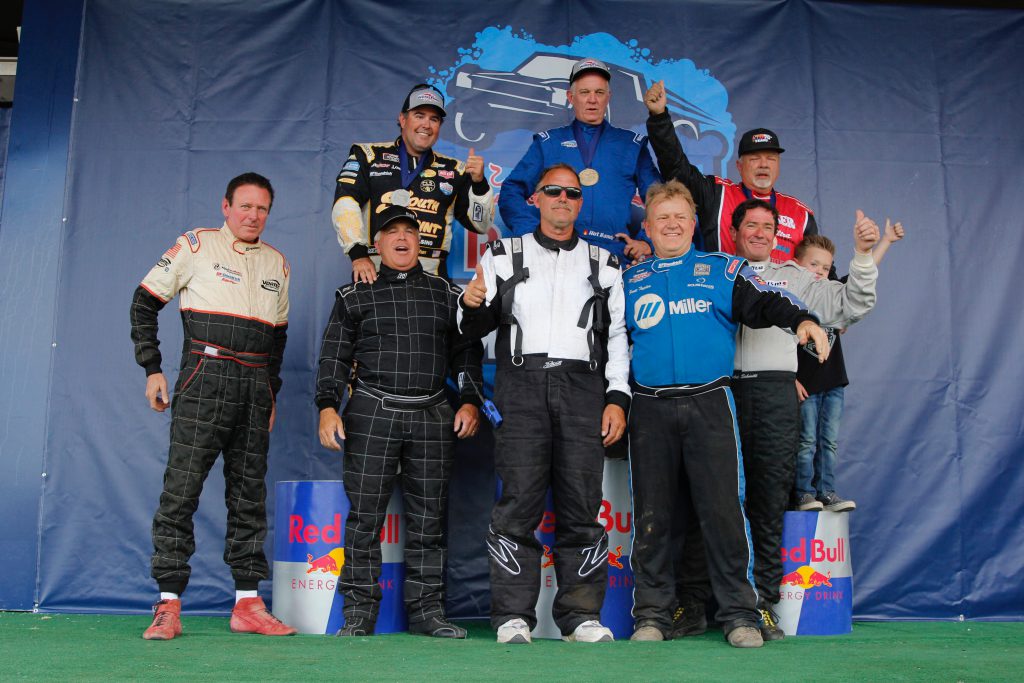 In the end, 26 trucks made it to the starting grid for the Red Bull Crandon World Cup. Kincaid, McGrath, and Kyle Kleiman held the top three spots through most of the race, while Menzies suffered a drivetrain failure just as the top Pro 4s began catching the Pro 2s. He, Greaves, and Anderson were among the front runners caught up in the resulting incident. 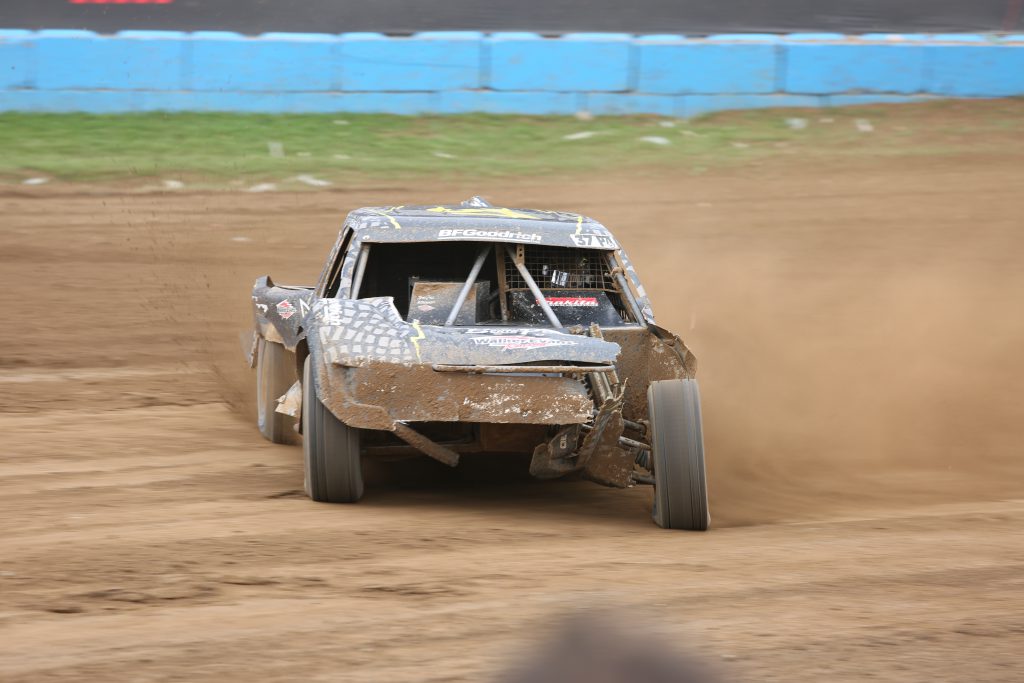 Greaves would soldier on a little longer before suffering tire failure, but in the end, nobody had anything for Anderson. He picked off the Pro 2 front-runners one by one, eventually catching Kincaid on the final lap to score his first Crandon World Cup victory. The 2018 Lucas Oil Off Road Racing Series Pro 4 champion and Pro 2 runner-up took home $53,500 in cash and prizes for the victory.

While the Lucas Oil Midwest Short Course League season is now over, many of the drivers and vehicles that competed at Crandon will be back in action next month in the final two Lucas Oil Off Road Racing Series events of the season. LOORRS will visit Glen Helen Raceway for a doubleheader on October 5-6 before completing its season at Wild Horse Pass Motorsports Park on October 26. 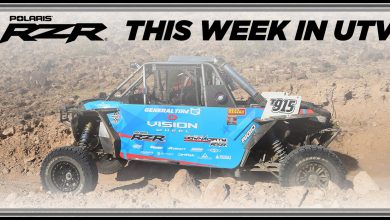 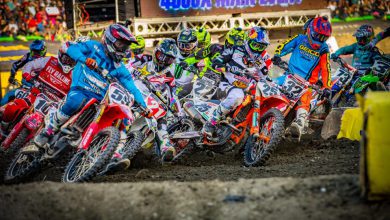 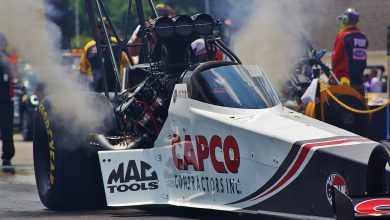