It all comes down to this: Sam Boyd Stadium in Las Vegas hosts the 17th and final round of the 2019 Monster Energy Supercross season on Saturday evening. A whirlwind schedule that kicked off with the traditional season opener in Anaheim in January comes to a close at another of the sport’s traditional venues, as we prepare for the start of the Lucas Oil Pro Motocross season in just a few short weeks.

The 450 and 250 championships are all pretty much settled right now, but with an East/West Showdown coming for the latter, we just might see some surprise champions crowned after all in Sin City. Here’s a look at the respective title chases coming into Saturday’s action: 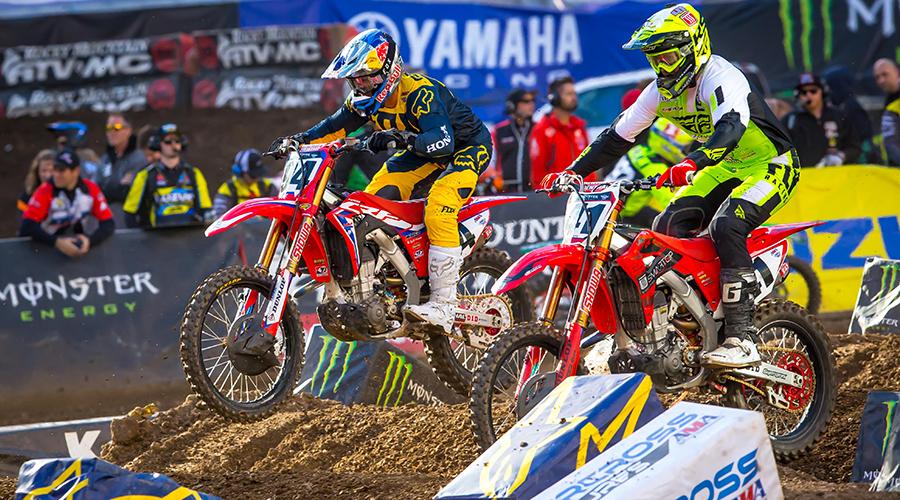 The last time we saw Eli Tomac in Las Vegas, he was $1,000,000 richer, thanks to sweeping all three main events in the Monster Energy Cup. But the last time we saw Tomac race, last weekend at MetLife Stadium in New Jersey, he essentially blew the championship by crashing twice—once from the lead, and again after he’d climbed back up to second. Instead of gaining at least three points on Cooper Webb, the gap between them grew from 18 to 23 heading into this weekend.

That means that all that Webb needs to do is finish 19th or better in the main event this weekend. Judging by how the season’s gone so far, that seems like it might be a lock. Since his season-worst 10th place finish in Glendale, the second round of the season, Webb has taken seven victories and 11 podiums, compared to Tomac’s five and nine. The newest addition to the Red Bull KTM squad has been consistent when it’s counted, and even scored his win in East Rutherford while under the weather.

Webb’s teammate Marvin Musquin is locked into third thanks to a 27-point gap over Ken Roczen, but he’s also only eight points behind Tomac, making a KTM 1-2 possible in the championship. Blake Baggett would need to win and for Roczen to miss the race to steal away fourth on a wins tiebreaker, but can’t lose the fifth place spot; not only is Dean Wilson too far back, he’s also missing this weekend’s event due to injury. Joey Savatgy can steal sixth outright from Wilson in the standings by finishing seventh or better. Eighth place Cole Seely is 14 points back of Savatgy.

Every rider from Justin Bogle in ninth to Aaron Plessinger in 16th is within a race’s worth of points of one another, but it’s likely that at least half of them will miss the race. Bogle’s biggest worry may be Justin Brayton, who returned in New Jersey and is only seven points back of him, but Justin Hill (10 points back) is also in the mix. Tyler Bowers and Zach Osborne are both mathematically within reach of the top 10 in points, but would need some significant help. 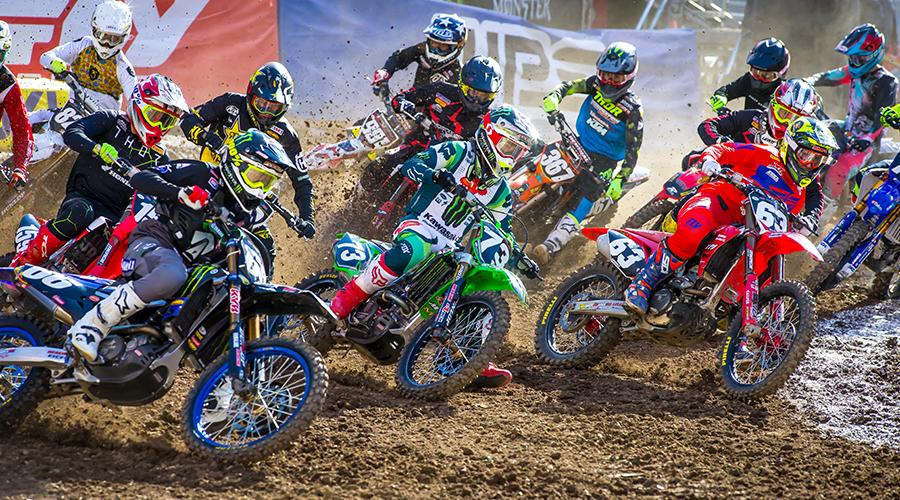 The 250 East class saw a seismic shift in the standings in New Jersey, as Austin Forkner reinjured his knee while battling with Chase Sexton for position and the points lead. The winner of the first five East-only races of the season and top finisher in the previous Showdown in Atlanta is still mathematically in the hunt, but it’s likely that his injuries will cruelly rob him of a title he richly deserved. Still, if he can hold off the consistent Justin Cooper, Sexton is a worthy champion—one who capitalized on Forkner’s misfortune to score his first career victory last weekend, and holds a nine-point lead.

The battle between the 250 West riders is similar in character, as Adam Cianciarulo leads Dylan Ferrandis by eight points coming into this weekend with no other rider remotely close to challenging them. Cianciarulo won three straight in Oakland, San Diego, and Atlanta before Ferrandis closed the gap with victories in Seattle and Houston, but Cianciarulo returned to the top step of the podium last time out in Denver.

Remember, there’s no relative scoring in an East/West Showdown, so whichever position the riders finish in is how many points they’ll score in their division. If, say, Ferrandis or Cooper wins, and four or five riders from the opposite division separate them from Cianciarulo or Sexton, the point swing won’t be three—it’ll be closer to 10. With all of the sport’s top 250 riders on the same track, that just might be enough for somebody to steal a title this weekend. 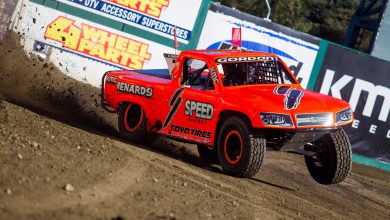 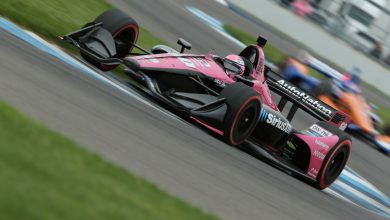 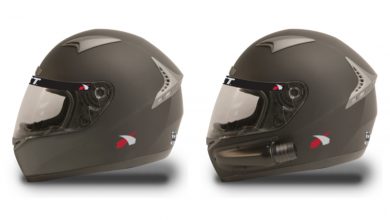