We’re barely halfway into January, and action motorsports might have already seen their gutsiest performance of 2019 courtesy of Toby Price.

Price earned his second career Dakar Rally win on Thursday, backing up a previous victory in 2016 and extending a winning streak for KTM that extends to nearly two decades now. But he spotted the field one of his wrists this time around, riding with a previous injury to his scaphoid bone that he likened to “five people driving a knife” into it after the event.

Still, the fact that he came out on top in the end is no surprise. It’s been a long, mostly successful, trip for Price up to this point in his life, as he started riding motorcycles at just two years old and racked up tons of junior titles as a child and teenager in his native Australia. He graduated to the professional ranks in 2004 at just 16 years old, and won his first Australian Off-Road Championship in 2009.

2010 was a massive year for Price, as he not only backed up his first AORC title, but also won both the Finke and Hattah Desert Races on his first try, and added his first Australian 4 Day Enduro title as well. Price soon began competing in America, and though he missed much of 2013 after a crash where he broke three bones in his neck, he took one of his first major wins in the United States by taking top honors at Red Bull Day in the Dirt in 2014.

Finally, after numerous Australian titles and a top 10 in his debut in the Morocco Rally, KTM called up Price to make his Dakar Rally debut in 2015. After winning Stage 12, he earned a strong third place overall finish, just 23:14 behind winning teammate Marc Coma. The next year, Price was nearly flawless, winning five stages and taking the overall victory by 39:41. The victory was significant for a number of reasons: Price became the first Australian to ever win the event, the first non-European to win the Bikes category, and the first person to ever win the Dakar on his second attempt.

Price’s Dakar defense came to an early end in 2017 when he broke his left femur. He didn’t ride again until the next Dakar, where he once again stood on the podium with a third place finish. After winning a stage in the Abu Dhabi Desert Challenge, Price returned to the Finke Desert Race in Australia and won the Bikes title for a record sixth time. Later in the year, he became the first Australian to win the FIM World Rally Championship.

And while Price is currently one of the world’s top motorcycle riders, don’t be surprised if he someday follows in the footsteps of legends like 13-time Dakar winner Stephane Peterhansel and moves into four-wheel racing full-time. Price made his first Stadium Super Trucks start in 2015 in Adelaide, and has since stood on the SST podium. Last year, he also attempted to win the Finke in the Cars class for the Iron Man Double, but suffered mechanical issues from second place at the halfway point. He got another attempt to race four wheels when he paired with Bryce Menzies at the Baja 1000 in November, and they combined to finish fifth in the premier Trophy Truck class.

One thing is for certain: whether on two wheels or four, Price is still in the early stages of what has already shaped up to be a legendary career. And if he could take a Dakar win this year with only one good wrist, imagine what he’ll do in future years when he’s healed up again. 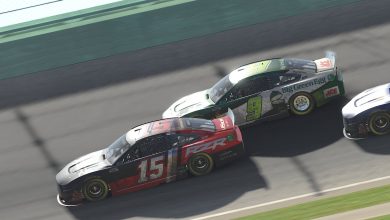 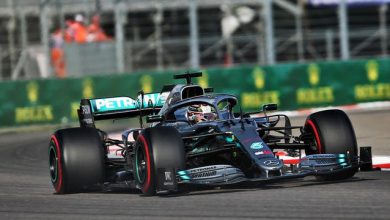 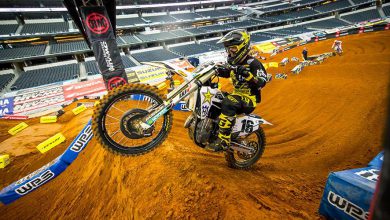 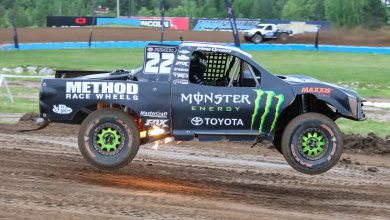