Where was your attention focused in action motorsports this weekend? Whether you were focused on IndyCar action under the lights at Gateway Motorsports Park, the multiple disciplines of racing that went off in the midwest, or even the return of Formula 1 after a month off, chances are you got your money’s worth of action!

Today’s list of spotlight drivers, therefore, is one of the longest ones we’ve shared all year long. Be sure to tell us which of these seven featured competitors impressed you the most over the weekend:

No, it wasn’t a win, and no, he couldn’t carve more than three points out of Scott Dixon’s championship lead. But with one bobble coming out of Turn 2, and one quick save, Rossi kept his Andretti Autosport Honda in the championship hunt. After playing the fuel mileage game and pitting once fewer than everybody else who finished the race, the Long Beach, Mid-Ohio, and Pocono winner earned his third straight podium finish and eighth of the season going into next weekend’s return to Portland.

Eli Tomac won the war, but Barcia won the battles at Ironman Raceway as Pro Motocross wrapped up its 2018 championship season. Originally signed by Monster Energy Yamaha as Davi Millsaps’ injury replacement, Barcia placed in the top 10 of Supercross points despite missing a huge chunk of the season. Then, after being rewarded before the outdoor finale with a new, multi-year deal, he proceeded to sweep both motos at Ironman to come within a single point of Ken Roczen for third in 450 points. 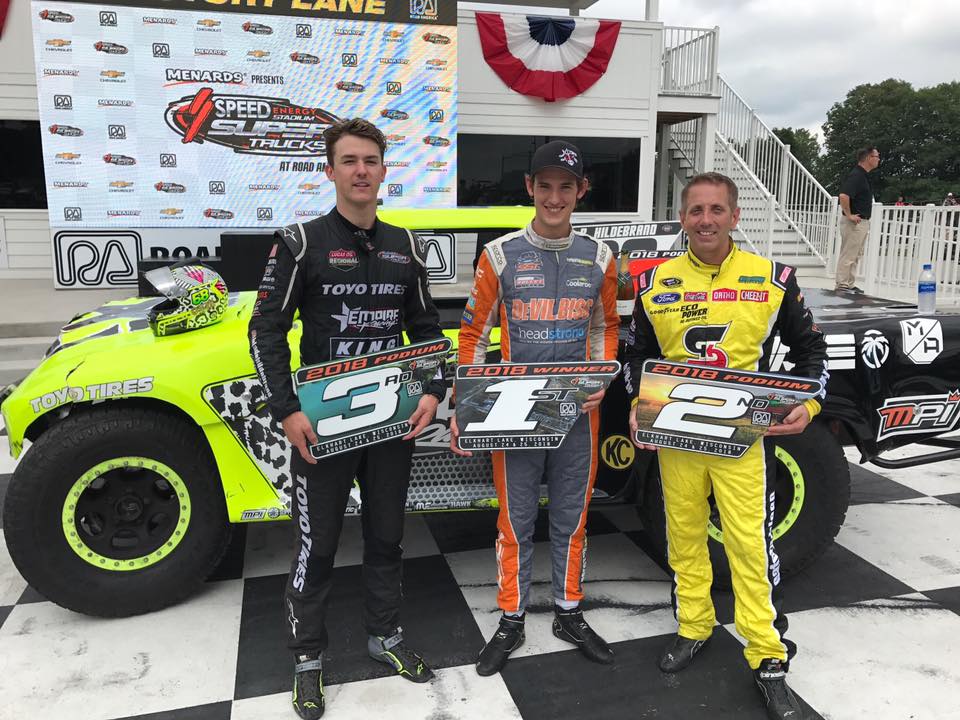 A two-and-a-half month break from SST action and the addition of NASCAR stars Greg Biffle and Casey Mears to the field couldn’t slow championship leader Brabham down at Road America this weekend. With finishes of second and first on Friday and Saturday, the third-generation racing star managed to extend his points lead even further over Gavin Harlien, and enabled him to claim the overall victory for the weekend. He now has four wins and nine podiums in 14 starts in 2018.

Ryan Beat may be dominating the LOORRS Pro Lite season so far, but Arthur is determined not to let him get away too soon. Friday’s race under the lights at Utah Motorsports Campus marked Arthur’s first win of the 2018 season, and he backed it up on Saturday with his second pole of the year and a third-place result. While he’s 32 points back of Beat for the championship lead, Arthur has a respectable six podiums in the first eight races of the season, already twice what he had in all of 2017.

Vettel equalized the 2018 win count for himself and championship leader Lewis Hamilton, as the Ferrari driver took his fifth victory this year in Sunday’s Belgian Grand Prix. It marked his third career win at the fabled Spa-Francorchamps circuit, as well as his second podium finish at the track in the past two years after finishes of 12th and sixth in his first two seasons with the team. The triumph also enabled Vettel to pull within a manageable 17 points of his Mercedes-backed rival with eight races left to go. 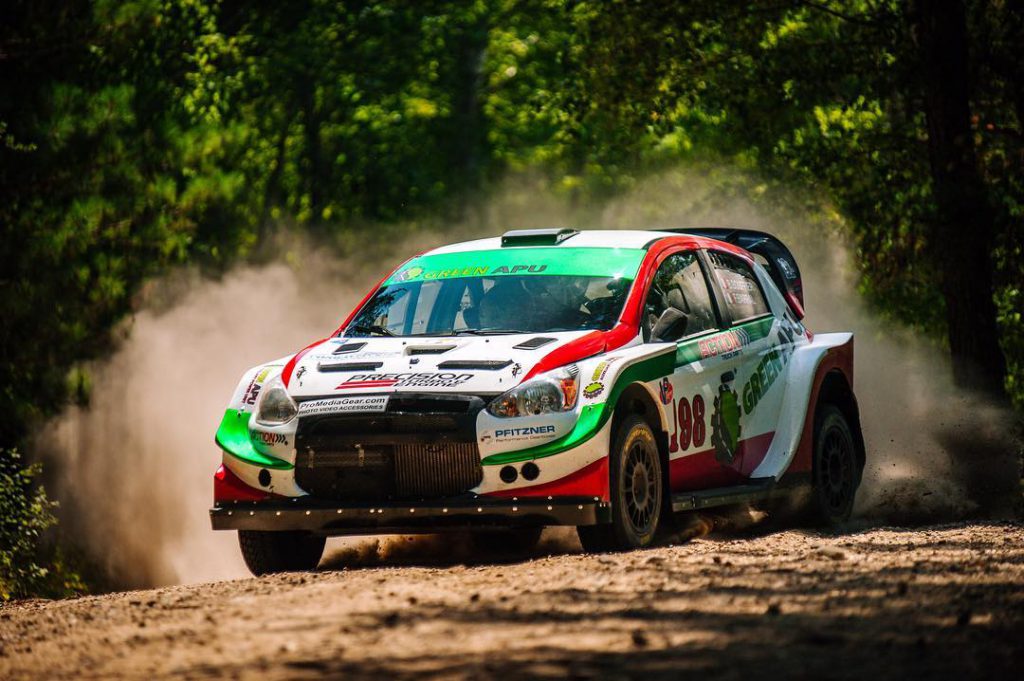 There were plenty of crews worthy of mention in this weekend’s Muscatell Ojibwe Forests Rally. From Nick Roberts’ return to the seat and a Limited 4WD podium to Sam Albert/Michelle Miller going from a roll to a podium of their own, numerous teams symbolized the “press on regardless” mentality that defines the sport of rally. But it was a treat to see Bouffier and Barral take last year’s Rally America title-winning car within two minutes of David Higgins/Craig Drew’s times for Subaru Rally Team USA.

It wasn’t pretty, and he’s probably going to pay for it over the long run, but Graf did whatever it took to earn his first ARCA victory on Saturday night at Berlin Speedway. After spinning leader Chandler Smith in Turn 3 on what should have been the final lap, Graf had to lead the field to the restart and spun his tires to let two cars around. But he made the same move on new leader Zane Smith, albeit without wrecking his opponent this time. Graf drew plenty of criticism for his driving, but a win is a win. 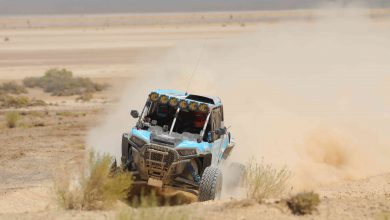 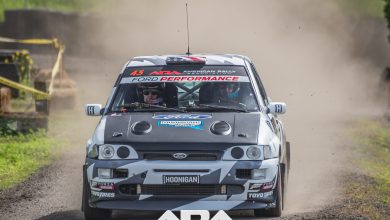