1. Kyle Larson: You could just tell that Larson’s Chili Bowl win was the biggest of his career, and will probably stay that way no matter what he wins in the future. Congratulations to him on a huge victory.

2. Eli Tomac: In Supercross, we used to see one rider dominate for a few years and hand off the torch. Now, we’ve got multiple riders who have GOAT qualities, and Tomac, your Anaheim 2 winner, is one.

3. Dylan Ferrandis: It was a controversial win for sure, given what happened between him and Christian Craig, but Ferrandis proved that he’s still got it in a deep 250 West field with his win in Anaheim.

4. Dakar Rally: It goes to show just how amazing this year’s Dakar was for American racers that, even days after the event, we’ve still got tons of new stories stateside that are coming out of Saudi Arabia.

5. Ford vs. Ferrari: It’s rare that a sports movie receives a nomination for Best Picture at the Academy Awards, but an automotive one? Kudos and best of luck to everyone involved in making the film.

1. Kyle Larson: This week’s undeniable top name on both our lists after I left Jim’s #1 (Carlos Sainz) off entirely last week. After 13 years of trying, the Golden Driller is finally his.

2. Eli Tomac: “Hey, remember me?” Tomac’s win in Anaheim reversed a trend of so-so results to start the season. He’s still looking for his first Supercross title, but this was a big step towards that goal.

3. Ricky Brabec: We’re double dipping on Dakar after recording late last week, but I can’t throw too much of a wrench in my rankings. Brabec’s win was still the top story of the event in my mind.

4. Casey Currie: American UTV racers reshaped the SSV category in their own image this year, with Currie at the forefront among them. With an incredibly consistent Dakar, he won the event easily.

5. Jett Lawrence: Talk about a heartbreaker in Anaheim. Lawrence led every lap of the 250 West final except for the most important one, which he never finished due to a broken collarbone. 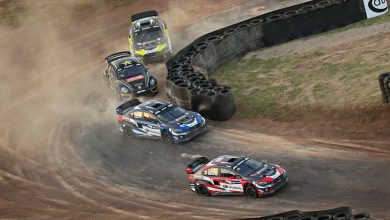 Nitro Rallycross: Weekend Competition Schedule and How to Watch 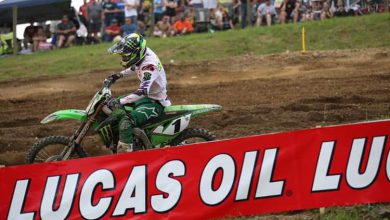